The Rise of Southeast Asian Markets and Emerging Economies

Southeast Asia occupies two million square miles to the South of China and the East of India and has a population of almost 9% of the world’s population, with many of the region’s countries featuring a diversity of political regimes legal systems, religions, and languages.

The region has historically been a key player in the global trading system and a unique exporter of natural products and commodities thanks to its abundance of natural resources, environmental and agricultural diversity. But in the recent four decades, the region’s economic centre of gravity shifted from primary industries like agriculture, forestry, fisheries, and mining to technological sophistication which was underpinned by pioneering innovations that have changed the way people live and work. These include, among others, artificial intelligence (AI), big data, internet of things (IoT), and robotics.

The evolution of Southeast Asian markets cannot be understood without an appreciation of the region’s economy through several key stages which I outline below.

The Western World was notably at the forefront of the Industrial Revolutions over the last two and a half centuries. Although Asian countries were latecomers to these revolutions, many of them made significant steps forward in the mid-Late twentieth century. The end of World War II saw the four Asian Tigers – Hong Kong, Taiwan, Singapore, and South Korea recovering fast and then emerging as highly successful economies thanks to the prudent planning of their governments, which in most cases were authoritarian but all envisioned improving the living standards of their population by fostering industrial development and supporting private enterprises until they were able to operate independently. Also, countries such as Indonesia and Malaysia saw their GDP rankings moving upwards.

In the mid-1950s Japan evolved into an exporting powerhouse, a fact that inspired many neighbouring countries to enter the global marketplace by exporting mass-produced products internationally. Also, many countries in the region began to transform their industries and economies while also investing immensely in education. These conditions led to the creation of a well-educated and tech-savvy labour force and a fast-emerging culture of entrepreneurship and innovation.

In line with the global trend (particularly in the US and Europe) of eliminating state regulation in various industries, privatization and deregulation have increasingly attracted attention among the market economies of Southeast Asia in a bid to improve efficiency and increase competition. The need for privatization and deregulation gained significant traction following the heavy losses that public enterprises suffered and the huge budgetary burden that these losses implied as a result of the local governments’ inadequate attention to profitability and efficiency. Privatization in the region has played a critical role in developing and strengthening the capital market by attracting new capital and investors, either from within the region or from other countries, creating a more competitive environment while maximizing profits.

The Asian Financial Crisis and its Aftermath

In the summer of 1997, the Asian Financial Crisis, or the ‘Asian Contagion’, occurred as a result of a sequence of currency devaluations and several other financial, industrial, and monetary events that spread through other Asian markets. In response to the severe consequences of the crisis including but not limited to capital outflows from the region and political instability, many financial and government reforms took place particularly in Thailand, Indonesia, South Korea, and Japan. The need for better corporate governance, financial markets oversight, risk management policies, investor protection regulations, and transparency became more significant than ever to ensure that capital markets develop on solid ground.

The decade following the crisis saw a gradual yet steady recovery throughout the region and a strongly increasing trend in regional economic integration and policy coordination which triggered a positive spillover in public administration, political systems, and other vital areas. The Southeast Asian countries not only succeeded in changing the structures of their output and trade, but they also enhanced the standards of living for their people as reflected in the improvement of their health, literacy rates, and housing conditions to name a few.

The Present and Future

Despite the mounting pressure derived from global events such as the US-China War, the slump in oil prices, the Southeast Asian region remains resilient as its countries rely mainly on domestic drivers of growth. Notably, major Southeast Asian economies now possess a stronger financial services industry that has survived the recent global financial crisis of 2008. Previously heavily dependent on external demand, domestic drivers now play a more crucial role in Southeast Asian economies and this will increasingly be the case as they evolve and mature further.

Tickmill is a Forex and CFD broker, offering trading services with a prime focus on Futures, Options and CFDs on Forex, Stock Indices, Commodities and Bonds.
Read all post by Tickmill
Share this article:
Link copied to clipboard. 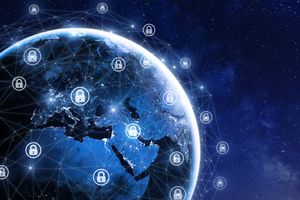 From the Wirecard Scandal to A Second Wave – is regulation likely to be increased? 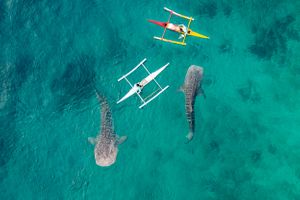