From the Wirecard Scandal to A Second Wave – is regulation likely to be increased?

2020 – the annus horribilis, governments around the world grapple with dealing with the worst pandemic seen since 1919, while also struggling to keep the economy alive. Of all the setbacks seen so far this year, one thing is clear, the show must go on. Financial services may be delivered from home, the regulators have set up Kafkaesque home offices, and (regrettably) financial scandals are still unearthed.

We look at the peculiar case of Wirecard and its implications on the FX industry, as well as providing informed speculation on how the regulatory landscape in FX may look like once we cross the desert that is COVID-19.

Wirecard, the former German market darling was a payment processing company led by the black turtleneck wearing Markus Braun. Unfortunately, Braun has turned out to be more Elizabeth Holmes than Steve Jobs. At its peak, the company was valued at €24 billion with major partnerships including Tencent, Qatar Airways and Transport for London. However, by June 2020, the company had filed for bankruptcy with a black hole of €2 billion.

Wirecard’s story has caught the interest of the public not only because of its size but also parts of a narrative that could easily have been dreamed up by Ian Fleming, such as the abscondment of the COO, Jan Marsalek to Belarus; or the retainment of the former head of the Libyan foreign intelligence Rami El Obeidi to conduct sting operations against journalists and prominent short-sellers.

In reality, the Wirecard case is a story as old as double-entry accounting. It involves accounting irregularities, opaque acquisitions and corporate structure and artificial inflation of profits.

Due to Wirecard’s corporate structure which included banking operations in addition to non-banking operations, namely, its payment possessing a business, the company was able to provide financials which deviated from the reporting standards of the International Financial Reporting Standard (IFRS). In short, Wirecard’s financials were without a peer because its accounts were adjusted specific to the organisation, making it difficult to compare the company’s performance with competitors.

In conjunction with an opaque corporate structure and multiple subsidiaries in different jurisdictions, joint ventures and acquisitions, Wirecard was able to justify its changing balance sheet and conceal its misfeasance.

Wirecard inflated its profits in at least two of its subsidiaries in Ireland and Dubai. Revenue was fraudulently recognised in a subsidiary in Singapore through a scheme known as ‘round-tripping’ where money was moved artificially between parties to give the impression that activity was significantly higher than it indeed was.

The most aggressive form of fraudulent book-padding occurred with third-party acquirers. These were companies in jurisdictions where Wirecard was not licensed to process transactions, for whom Wirecard arranged to process transactions on
clients’ behalves in exchange for a commission. Nearly half of these transactions accounted for the total (stated) volume of transactions at Wirecard. Many of these transactions did not occur. Due to Wirecard’s accounting policy, the cash balances held in trustee accounts were able to be recognised on Wirecard’s balance sheet. Much of this money did not exist and if it did, should not have landed on Wirecard’s balance sheet.

The worldwide impact of Wirecard scandal

The Wirecard failure highlights issues with auditing and demonstrates that a lighter regulatory regime for those holding client money is not a good idea. Just like the Enron scandal brought about changes to the auditing profession, most prominently in the US with the Sarbanes-Oxley Act, the Wirecard scandal is likely to have accounting mandarins look at the auditing standards in Europe and seek to modify the rules to ensure that such fraud does not go undetected in the future.

Wirecard also highlighted the disturbing instance of regulatory capture – the name given when a regulator’s interest becomes dominated by the interests of those they regulate and they become agents of that entity. In the case of Wirecard, the German regulator BaFin filed a criminal complaint against Financial Times journalists covering the story as well as several short sellers of the stock. In February 2019, BaFin announced a two-month ban on short-selling of the stock citing ‘Wirecard’s importance to the economy’.

Thankfully, ASIC could never be accused of regulatory capture. The Wirecard scandal has put ASIC on notice when it comes to the treatment of client money although it seems they had started more detailed investigations well in advance of the news breaking. No doubt it dawns on them at some point that relying on firms to submit a client money reconciliation without corroborating evidence from bank statements and trading platforms is fundamentally flawed. ASIC has already identified and is currently prosecuting several firms for transgressing the client money rules including USGFX and Berndale.

In addition to prosecutions, ASIC has also sent out notices under s 912C of the Corporations Act 2001 inquiring about the treatment of client money. The notices send a strong signal to the industry that, while the enforcement of client money has previously not been prioritised or visible, ASIC is seeking to increase the integrity of client money rules going forward through stronger enforcement. As usual, where firms demonstrate an inability to self-regulate or carry out their obligations with integrity, regulatory resources will eventually be devoted to it where retail clients are impacted

For auditors, the Wirecard scandal is a shot across the bow and it is expected that client money will be an area of focus for auditors in the upcoming audit season, particularly so for licensees who have 30 June year ends.

The Wirecard scandal helps expose certain risks which some brokers may not have been aware of, whilst further entrenching the difficulty of obtaining payment services generally. For jurisdictions which allow it, keeping money in escrow accounts is extremely risky. Brokers are all too aware of counterparty risk. When entering a contract with a payment provider for escrow account services, always performthorough due diligence. Audit reports are helpful (if available), but as we have seen, they do not always tell the full story.

Global Regulations – 2020 At A Glance

The second wave of SARS-CoV-2 hits many jurisdictions with devasting consequences both in health and for the economy. The question for the second half of 2020 on the regulatory front is: will the tide of regulation go out to counter the deteriorating economy or will a new wave of the regulation crash on the shores of jurisdictions globally.

This question is pertinent for Cyprus and the United Kingdom. Cyprus is the European FX hub which relies heavily on tourist dollars as much as it does on financial services. From the beaches of Kourion to Afroditi, the usual sound of summer is denoted by the cacophony of revellers enjoying epicurean endeavours for which this part of the Mediterranean is known. However, this summer there was only the sound of silence. This has led many to speculate will CySEC try and entice more investment firms to the island through higher leverage or other incentives.


Meanwhile, in the United Kingdom, Brexit negotiations have been overshadowed by far more pressing issues around coronavirus, leaving a shortage of time to agree and properly implement arrangements before the fast-approaching 31 December cliff edge. This may leave the UK’s Financial Conduct Authority (FCA) under pressure to lure financial firms into the flailing City of London with advantageous conditions.

Downunder in the antipodes, a year is a long time. The anniversary of ASIC’s release of its proposed intervention has passed. One circumnavigation around the sun and we are still no closer to knowing a date for when the changes are to be implemented (if at all). With a budget deficit estimated at $200 billion, can Australia risk the drop in tax receipts that such proposals could bring about and a potential drop in employment when every job counts?

Moving to offshore jurisdictions there has already been a commentary on the trajectory of the ‘Island Nations’ including the observation that Tier One regulators such as ESMA are pressuring these Island Nations to conform to regulations including leverage restrictions. In what could become an emerging trend, the Bahamas has implemented a suite of new reforms for the regulation of brokerage firms including leverage of 200:1. While not strictly conforming to the leverage caps of ESMA, the new leverage caps could be the new ‘Goldilocks Standard’ – not as onerous as Europe but not as fast and loose as other offshore jurisdictions. With the fight for employment and tax revenue globally near-certain – many openly wonder, will international regulators be more aggressive in seeking offshore jurisdictions to conform?

Finally, an acronym compliance boffins can get excited about – UKEMIR, the United Kingdom’s answer to EMIR. UKEMIR does not seek to make substantive changes to the terms of EMIR, rather it is there to ensure the new regime operates effectively in the UK post-Brexit. The new acronym will mean that documents will need to be updated. Compliance officers around the UK will be hitting ‘Ctrl F – find and replace’, time to heat the printing presses!

Quinn is co-CEO and founder of TRAction focuses on assisting clients in Europe, Asia and Australia to meet their regulatory requirements with trade and transaction reporting solutions as well as the development of the best execution platform. With a background in IT, Quinn started in the financial markets as IT Manager for City Index. He then co-founded and worked as a General Manager at one of Australia’s largest margin FX and CFD providers. Quinn has provided educational sessions to Australia’s regulatory bodies concerning operational aspects of derivatives and trading platforms. 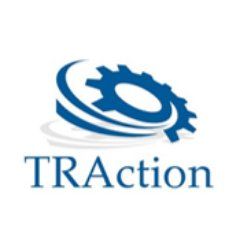 Regulatory Reporting Services for Financial Institutions. TRAction exists to make it easy and cost-effective for you to report transactions and positions across all asset classes.
Read all post by TRAction Fintech
Share this article:
Link copied to clipboard. 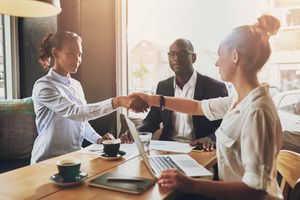 How Customer-Focused are You? 10 Tips to Exceed Expectations 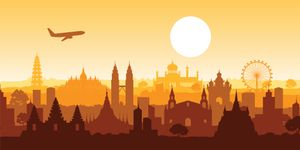 The Rise of Southeast Asian Markets and Emerging Economies